That is what these companies are asking everyday when looking at the Google Play Store for India.

You will find the war is far from over for these companies but some battles are turning in India.

Amazon and Flipkart are having the biggest battle in India right now.

Strictly looking at their Android App rankings you see 2 things:

1. Flipkart has a huge install base already that Amazon is very far behind.

Flipkart has the Indian Google Play install record being the 1st app to 50 million installs.

But look out Flipkart:

2. Amazon is surging and now has a more popular Android App. This means they are getting more installs per day and will eventually close the install gap.

Google Play Store rankings have Amazon at #15 and Flipkart at #18 in the free app category (the biggest download category).*

You will also Amazon starting to get more Organic Google Search Traffic if you look at Google Trends for both companies in India.

A good place to watch the battle is the promotions Amazon and Flipkart launch over time. Usually, the better the offers the more sales they will be boosting.

Be on the lookup over the coming year to see how this battle develops.

This is also a big battle in India for the transportation category.

Looking at Google Play Store rankings you see Ola #16 and Uber as #19 overall apps in India.*

This means Ola may get 1.5x the number of installs per day compared to Uber.

If you look at buzz and pure rides taken in India, Ola is dominating the market.

Uber is an international giant and will look to make a move in the coming year to boost themselves in India.

This means WhatsApp might be getting 1.5x the number of installs as Messenger. But in the end, it’s a win for Facebook since they own both.

In fact, if you look at the top 10 overall Free Apps in the Google Play Store you will see these rankings:

Facebook owns 4 of the top 10 apps overall. That is a lot of downloads.

It will be tough for any other messenger app to make it into the top 10 in India.

At this point, only Hike Messenger and Snapchat are close but they are all the way down at #31 and #72 overall. That would be a big climb to challenge.

Find some for yourself

You can see a lot of battles being waged on the Google Play Store. Some are big like Recharge dominance between Paytm, Vodaphone, Freecharge and more. Some are small like Selfie Cameras and Weather apps.

Let us know in the comments if you find a good one you like. 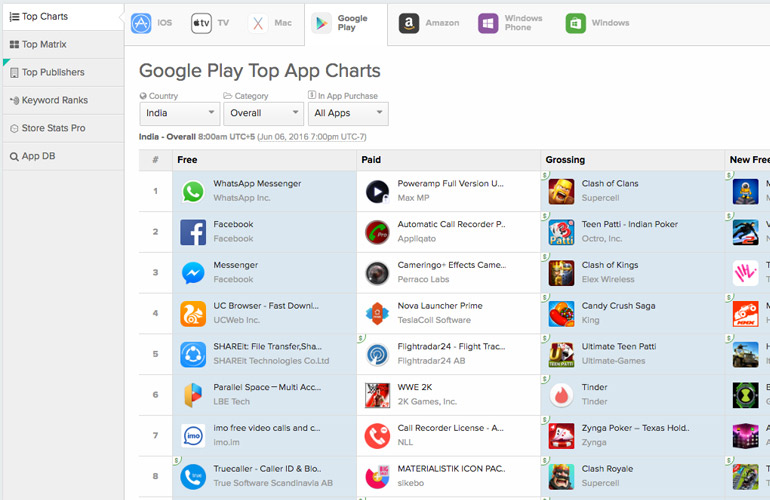 *according to App Annie rankings tracker 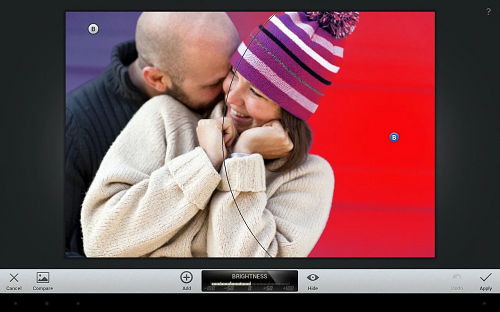