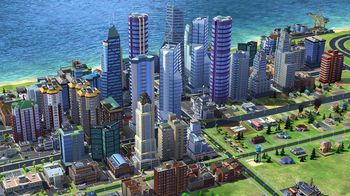 SimCity BuildIt is all about building your city and making it a better place to live for your population growth. SimCity BuildIt is from the EA stable which means there is no compromise in terms of graphical representation. Well, when you first download the game, you will see a blank piece of land ready to be turned into a megacity. You can build numerous buildings and roads and you can even provide services to your city like water, electricity, sewage, garbage disposal, police stations, hospitals, fire stations and much more.

There are challenges in the game which give you special ingredients like keys which can be used to unlock special items like monuments like Eiffel Tower, Statue of Liberty, and Empire State Building and much more. There are various factories through which you will get raw materials and there are a lot of stores in which you will have to invest your raw materials and then they will turn it into finished products. You can even provide schools, transportation including street cars, hot air balloons etc. 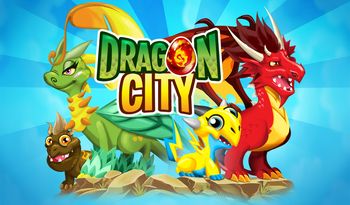 If you like the concept of the Simcity BuildIt, then you would definitely love Dragon City as well. In the Dragon City, you will have to collect some dragons and build a city for them. This is a multiplayer game and you can compete with your friends and show off your favorite dragon skills and also unlock special equipments as well. The game is available on Android smartphone as well as tablets and if you don’t have both of these then what you can do is simply log into your Facebook account and start playing it on your Laptop or Computer. 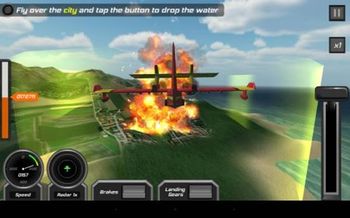 You won’t always be building cities or competing with dragons, well at least not in the real world! As the name suggests, the Flight Pilot Simulator game will give you real feeling about how it is like to be a pilot. It’s not only about flying some kickass planes which are really cool in the game, but it is more about the missions that you get to fulfill. One of the craziest missions is offered when you unlock the navy fighter planes. In few missions, you will be shooting down other planes.

If you like some action in your Simulation Games for Android, then you must try the Fallout Shelter. It’s about running a high-tech vault which is full of rescued people. When I say rescued people, they are rescued from the outer world which is full of aliens and zombies and stuff like that. You will have to grow your population with the given ones, provide the population basic facilities and protect them from the outside world by weapons that you yourself build in the laboratory.

Trucks are always fun to drive in the games and the Grand Truck Simulator is probably the best truck simulator game out there on the play store. You can buy numerous trucks in the game with different power which will allow you to transport goods from one place to your destination.

Must Read: MULTIPLICATION GAMES FOR ANDROID

The game has some great graphics and attention to detail like truck sounds, fully working truck’s dashboard, headlamps off and on, traffic, truck’s destruction and much more. 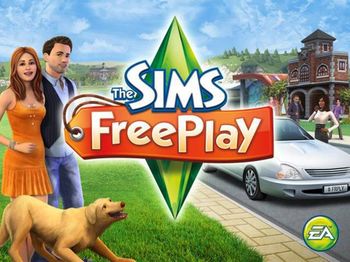 This is another application from the Electronic Arts stable and it is one of the oldest Simulation Games for Android available on the Play Store and is also a favorite among a lot of people. You can play as a girl or a boy in the game, depending on your preference and you can change dresses, live normal lives in the game, go to work, gym, supermarket and can even make friends and even a girlfriend or boyfriend.

Of all the games discussed above, Plague Inc. is the most notorious of them. As the name suggests, the game is about the virus infection that is spread around the world. Well, not around the world, it is you who will be spreading it around the world and your goal is global domination. The game features good graphics and great story which we do not usually see in any Simulation Games for Android. 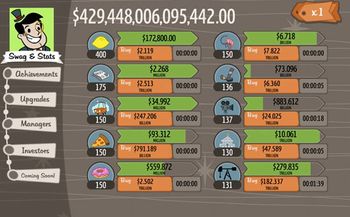 Finally a game for all the boring accountants! Adventure Capitalist is all about financial suggestions that you will be giving your customers in the game and help them to rise in their business. The more people who get successful because of you, the more popularity you gain, hence earning more money. 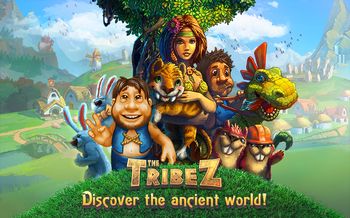 The Tribez is all about building a city, but don’t mistake it as SimCity BuildIt because in that game, you were building a modern city but in The Tribez, you are building a stone aged city which has population of stone aged people. This is a really cool game as you help the population in building the city and then help then in developing themselves into better human beings by inventing things like weapons and killing and hunting for food and agriculture and much more than that!

This is a really cool game as you help the population in building the city and then help then in developing themselves into better human beings by inventing things like weapons and killing and hunting for food and agriculture and much more than that!

Bus Simulator 2015 is really a fun game to play as this time you are driving a bus which gets down at specific bus stands to pick up people and then going along the route, you drop and pick up more people until the bus reaches the end bus stand in the given time.

The points are awarded on the basis of time and also customer’s satisfaction. There is a brake mete and if you brake too hard, then your travelers will get scared and unhappy or if you ram into traffic or skip the red lights, your travelers will be unhappy. Collecting points will help you in getting along in the game and also in buying new buses! 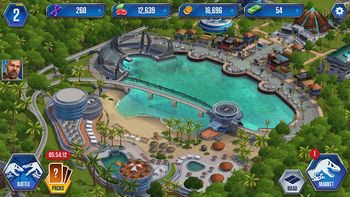 You must have loved the movie, The Jurassic World, if yes then you would also love the game as it is based on the movie. In the game, you will be constructing a Jurassic world for your dinosaurs and you will also be attracting crowd by taming the animals. The game has good graphics which will give you more feel to the game and you can even use your dinosaurs to fight battles with your friends in any multiplayer match.

Mean Girls has always been one of the favorite movies among the girls and this time, the makers have collaborated with Episode Interactive to give you Mean Girls: Senior Year simulation game! In this game, your character has just entered the senior year of the high school and your story will revolve around all the girly stuff and talks. You can create your own look as that will be the first thing that girls would love. You can flirt with your desired person, party hard with your friends and make plans to go to college!

Food Street is quite popular among kids as in this game, you will be a restaurant manager and you will be preparing food according to the order. You can create and redecorate your own restaurant as you get further in the game.

As the name tells us, the game is about a bakery which you will have to run to make it renowned and better so that you never run out of business. You can bake whatever you want to and sell them at appropriate prices to your customers. 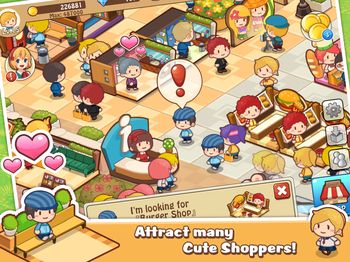 This is another application that is based on modern world as you will be appointed as the manager of a mall and you will have to relocate every shop and invite more and more brands to your mall to boost footfall of customers at your place. You can even fit in special attractions and luxury amenities in your modern mall. 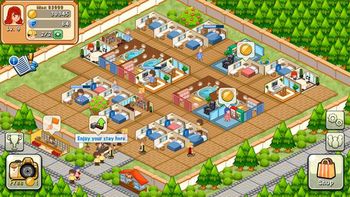 This is another one of the kind as this time you have a full resort to take care of. You will be building your resort from the scratch and then fitting in amenities which would attract more and more population to your resort. 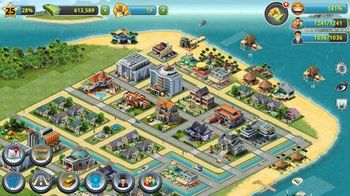 Building simulation games are a lot of fun, so is the City Island 3: Building Sim. In this game, you will be building your whole city on an island and you can even live a live as a normal person just like the Sims FreePlay. Equip your city with the latest and most modern facilities available and you will be earning by building as more and more population comes to live in your city. 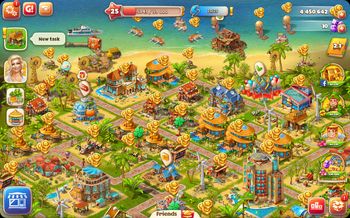 This game is about managing an island and also improving it by giving the latest and modern facilities and amenities. You can also build classic architectural attractions like pyramids, temples etc. The game has more than 300 buildings styles which means you will never get bored of seeing the same building again and again.

The game Truck Simulator: Offroad has one of the most realistic looking graphics ever seen on a simulation game on a smartphone. This game is not like other truck simulation games as in this one, you are offroading in a truck which means you can actually get stuck in places like mud and trees which you actually will at some point of time. It has detailed graphics which is not only about the environment but also the truck’s interior looks real as well. 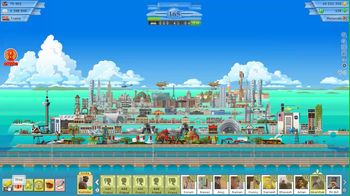 Last on our list is the TrainStation Game which is about train simulation. In the game, you will be starting a new railway station from the scratch which means a lot of attention is required in the game. As you start playing the game more and more, you will get addicted to it more and more. You can also visit your friend’s stations to buy stuff that you need for betterment of your station. Equip your station with world class facilities and you can even see vintage train engines as well as modern engines in the game. 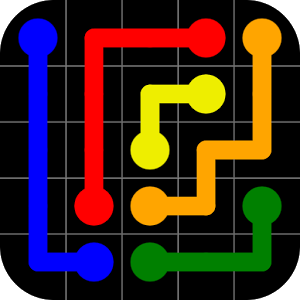 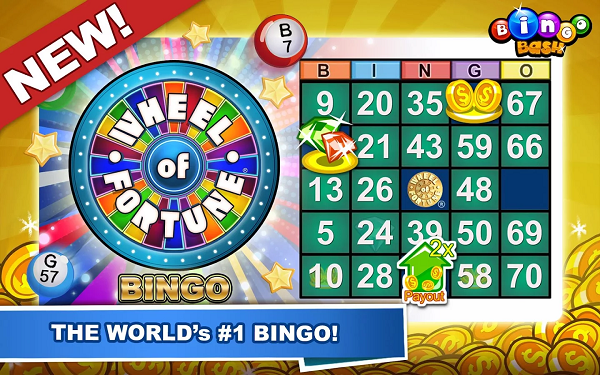